Posted on October 1, 2019 by lovebooksreadbooks

WINNER OF THE ICELANDIC CRIME NOVEL OF THE YEAR

The prison doors slam shut behind Agla, when her sentence for financial misconduct ends, but her lover Sonja is not there to meet her.

As a group of foreign businessmen tries to draw Agla into an ingenious fraud that stretches from Iceland around the world, Agla and her former nemesis María find the stakes being raised at a terrifying speed. Ruthless entrepreneur Ingimar will stop at nothing to protect his empire, but he has no idea about the powder keg he is sitting on in his own home. And at the same time, a deadly threat to Sonja and her family brings her from London back to Iceland, where she needs to settle scores with longstanding adversaries if she wants to stay alive…

The lives of these characters are about to collide in a shocking crescendo, until the winner takes it all…

I’m delighted to be first along with Chapter in my Life on this month long blog tour for the third and final book in the Reykjavik Noir Trilogy Cage by Lilja Sigurðardóttir, superbly translated by Quentin Bates and brought to us by Orenda Books.

There is such a lot packed into this one!

We have Agla coming to the end of her sentence for her part as a financial wheeler-dealer which resulted in the 2008 banking collapse in Iceland. She is hired to look into what is happening in the aluminium sector. She brings in María, a former banking prosecutor, who is now an investigative journalist with The Squirrel. Whilst prison has taken its toll on Agla it seems that she may not have learnt her lesson. However, this along with a new development on a personal level makes for a gripping and engaging storyline with an ultimately satisfying conclusion.

Then there’s Anton. He’s in love. He sees an injustice in what is happening in Iceland. It must be dealt with. It will soon be Júlía’s birthday and he has just the right gift. It will truly demonstrate his desire to take care of and look after Júlía. His plans will have far reaching consequences way beyond those he anticipated.

Ingimar likes to make money, he has a lot of money. He is into something that he wants to keep under the radar, it’s not illegal but…. and someone is being a bit too nosey. It’s time to show them who they are dealing with. Still Ingimar isn’t fully aware and his ‘happy ending’ may not be all he wished for!

Sonja, well we couldn’t have a final book without her in it! Her life has moved on. She now lives in London. Tómas is her whole world everything she has done and is still doing is to keep him safe – isn’t it? Will she finally get her chance to break free?

The cage Sonja knows all about that! And yet it is more, it is a symbol of how each character is trapped and which allows this truly skilled writer to bring all these desperate threads together.

This final book in the trilogy brings together a wonderfully gripping, truly twisty tale and serves up an ending which will bring a tear to the eye.

A breathtaking ending which will certainly do justice to the whole series and it’s fabulous characters. It’s been a rollercoaster of a ride and this final episode is no different.

The superb writing, wonderfully translated, is a joy to read. The pace and timing is just right. The twists and turns are all beautifully drawn together. What an amazing story.

I will miss the characters, the devious plotting and wonderful storytelling but as they say you should always leave your audience wanting more.

You know it’s that final song, the encore has been played, the audience still want more, the applause echoing around, the artist has left the stage. There is a joy, a sadness, an anticipation. This maybe an end but there are other stories that need to be written and I for one will look forward to reading whatever comes next from Lilja Sigurðardóttir.

Enjoy following the #Cage #BlogTour brought to you by the fabulous Orenda Books and Anne Cater…..

Like to check out what I thought of the previous books in this series? You can check it out here….

Quentin Bates escaped English suburbia as a teenager, jumping at the chance of a gap year working in Iceland. For a variety of reasons, the gap year stretched to become a gap decade, during which time he went native in the north of Iceland, acquiring a new language, a new profession as a seaman and a family before decamping en masse for England.

He worked as a truck driver, teacher, netmaker and trawlerman at various times before falling into journalism largely by accident. He has been the technical editor of a nautical magazine for many years, all the while keeping a close eye on his second home in Iceland, before taking a sidestep into writing fiction. He is the author of a series of crime novels set in present-day Iceland (Frozen Out, Cold Steal, Chilled to the Bone, Winterlude, and Cold Comfort), which have been published in the UK, USA, Germany, Holland, Finland and Poland. He has translated a great deal of news and technical material into English from Icelandic, as well as novels. 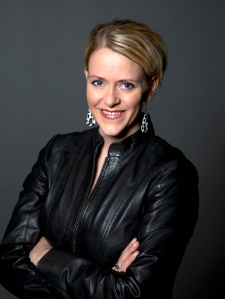 Icelandic crime-writer Lilja Sigurdardóttir was born in the town of Akranes in 1972 and raised in Mexico, Sweden, Spain and Iceland. An award-winning playwright, Lilja has written four crime novels, including Snare and Trap, the first two books in the Reykjavik Noir trilogy, which have hit bestseller lists worldwide. The film rights have been bought by Palomar Pictures in California. She lives in Reykjavík with her partner.

Lilja’s latest book, Svik is a standalone thriller with a political twist and will be published in Iceland in October 2018 by Forlagid publishing.