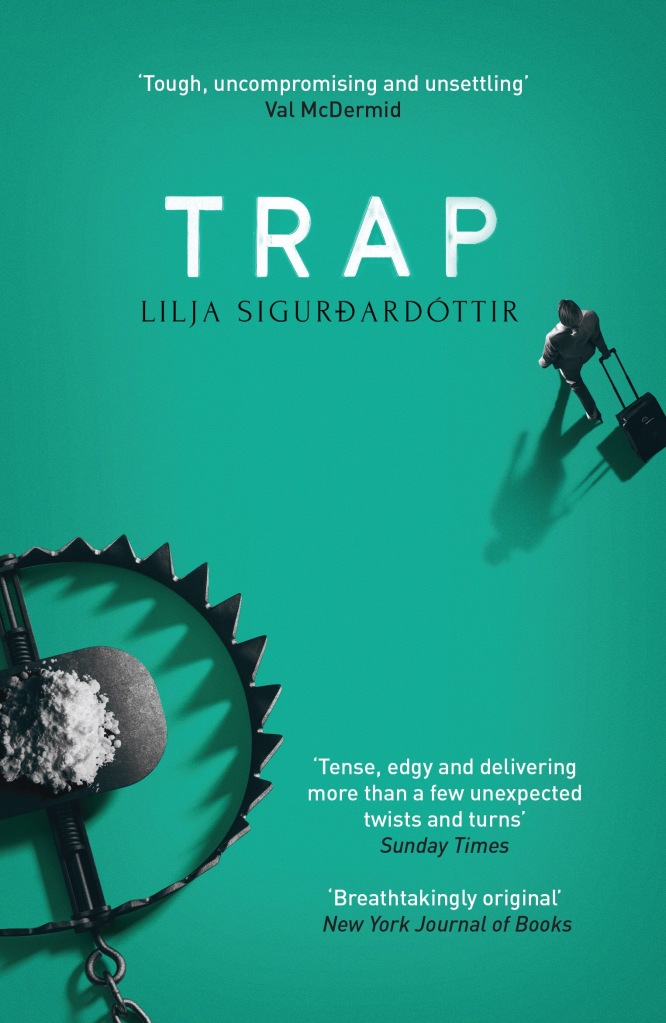 Happily settled in Florida, Sonja believes she’s finally escaped the trap set by unscrupulous drug lords. But when her son Tomas is taken, she’s back to square one … and Iceland.
Her lover, Agla, is awaiting sentencing for financial misconduct after the banking crash, and Sonja refuses to see her. And that’s not all …   Agla owes money to some extremely powerful men, and they’ll stop at nothing to get it back.
With her former nemesis, customs officer Bragi on her side, Sonja puts her own plan into motion, to bring down the drug barons and her scheming ex-husband, and get Tomas back safely. But things aren’t as straightforward as they seem, and Sonja finds herself caught in the centre of a trap that will put all of their lives at risk…
Set in a Reykjavík still covered in the dust of the Eyjafjallajökull volcanic eruption, and with a dark, fast-paced and chilling plot and intriguing characters, Trap is an outstandingly original and sexy Nordic crime thriller, from one of the most exciting new names in crime fiction.

I recently bought, read and reviewed Snare the first in this series and loved it so when the opportunity came along from Anne Cater and Orenda Books to join the BlogTour for Trap I was delighted, thrilled and happy to do so.

Would it be as good? Second books often take a dip for the reader, perhaps the after glow  from a such a good first book means anything else has to do such a lot to even come near to matching that. Well Trap doesn’t disappoint.

It takes up the story from Snare seamlessly, which means that you really should read that first, it is written in the same crisp, clever and deft way with the short passages not only keeping you gripped right from the start but bringing pace, life and tension into this wonderfully plotted story.

We’re in 2011, Sonja is in Florida with Thomás but not for long. Freedom can be very fleeting as Sonja realises and running away turned out to be all too short. Back in Reykjavík Sonja finds herself back to square one, perhaps even worse off as she is not being allowed to see Thomás. She is formulating another plan because not seeing Thomás isn’t an option and she wants to be free. Still plans can be made but there are no guarantees they will work out as well as is hoped. There are many twists and turns in the book so even when unexpected help seems to offer you what you desire it may not be quite what it seems and maybe the cost will be too high.

We continue to hear from Agla both through the investigation that is being conducted into the financial crisis and with her relationship to Sonja. This thread sets the timing, the modern period, of the book and allows us to better understand it. It also gives the book more depth partly for this reason but also, more importantly for me, because of the way it connects and weaves the characters stories. Something that Lilja Sigurdardóttir does so well.

I loved many of the characters, I didn’t love some characters. None of them are wholly innocent but, as in ‘real life’, are often flawed. Telling the story mainly through Sonja’s perspective allows the reader to empathise even if we don’t agree with what happens, we can understand why the situation has come about, similarly with Agla and Bragi, which is perhaps why it is easy to connect to their stories. Thomás’ voice, which we hear now and again, is wonderful and gives a further perspective on how adult choices can impact their children’s lives and how children see the resulting situation.

The translation by Quentin Bates ensures that you live in the world created by Lilja Sigurdardóttir so fully you can feel the icy blasts or the drip of sweat, both from the geography of the book and the situations within it.

This is a terrific book, a cracking read and most definitely recommended. I for one can hardly wait for the third book – Cage – to be published in English.

Enjoy following the #Trap #BlogTour brought to you by the fabulous Orenda Books and Anne Cater….. 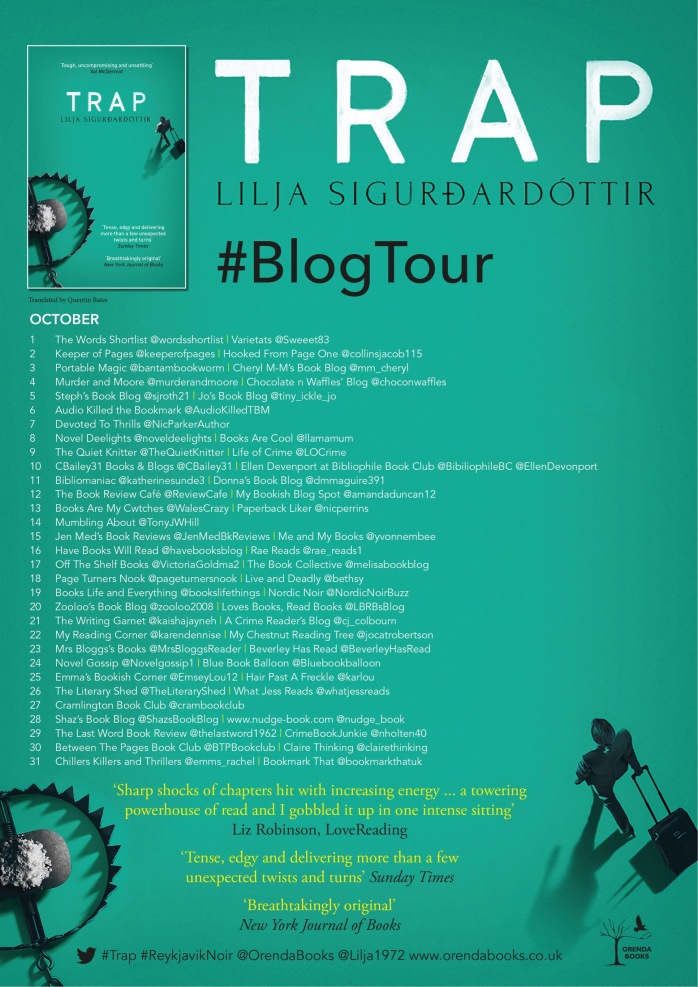 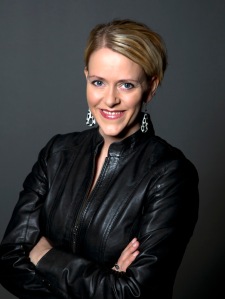 Icelandic crime-writer Lilja Sigurdardóttir was born in the town of Akranes in 1972 and raised in Mexico, Sweden, Spain and Iceland. An award-winning playwright, Lilja has written four crime novels, with Snare, the first in a new series, hitting bestseller lists worldwide. The film rights have been bought by Palomar Pictures in California. Lilja has a background in education and has worked in evaluation and quality control for preschools in recent years. She lives in Reykjavík with her partner.

Lilja’s latest book, Svik is a standalone thriller with a political twist and will be published in Iceland in October 2018 by Forlagid publishing. 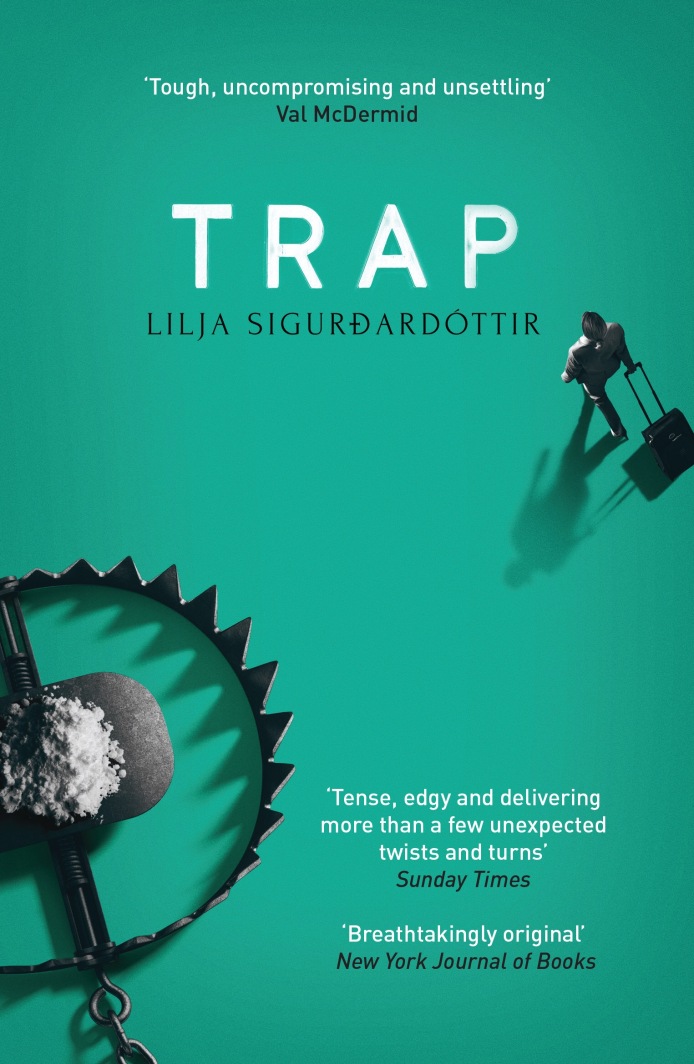 Quentin Bates escaped English suburbia as a teenager, jumping at the chance of a gap year working in Iceland. For a variety of reasons, the gap year stretched to become a gap decade, during which time he went native in the north of Iceland, acquiring a new language, a new profession as a seaman and a family before decamping en masse for England.

He worked as a truck driver, teacher, netmaker and trawlerman at various times before falling into journalism largely by accident. He has been the technical editor of a nautical magazine for many years, all the while keeping a close eye on his second home in Iceland, before taking a sidestep into writing fiction. He is the author of a series of crime novels set in present-day Iceland (Frozen Out, Cold Steal, Chilled to the Bone, Winterlude, and Cold Comfort), which have been published in the UK, USA, Germany, Holland, Finland and Poland. He has translated a great deal of news and technical material into English from Icelandic, as well as novels.