The Courier by Kjell Ola Dahl translated by Don Bartlett

Posted on March 19, 2019 by lovebooksreadbooks 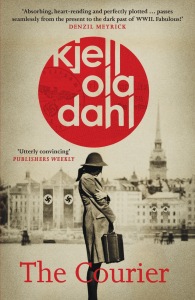 In Oslo in 1942, Jewish courier Ester is betrayed, narrowly avoiding arrest by the Gestapo. In great haste, she escapes to Sweden whilst the rest of her family is deported to Auschwitz. In Stockholm, Ester meets the resistance hero, Gerhard Falkum, who has left his little daughter and fled both the Germans and allegations that he murdered his wife, Åse, Ester’s childhood best friend. A relationship develops between them, but ends abruptly when Falkum dies in a fire.
And yet, twenty-five years later, Falkum shows up in Oslo. He wants to reconnect with his daughter Turid. But where has he been, and what is the real reason for his return? Ester stumbles across information that forces her to look closely at her past, and to revisit her war-time training to stay alive…

Some years ago I was in Munich and decided to make the trip to Dachau concentration camp. I visited the main camp (there were many satellite camps which came under the control of Dachau) it was a moving experience not least because, though quite sanitised, it allowed me to feel something of the reality of these appalling places. I had travelled from Munich by train and walked from there to the camp – the very route that thousands of prisoners had been forced to march down many ultimately to die.  Nazi Germany not only went to war in 1939 it set out to implement their policy of mass murder of Jews and other persecuted groups, now known as the Holocaust or The Shoah, across Europe. This took place throughout occupied Europe and which had begun with the building of Dachau in 1933. Initially used for dissidents, political and religious prisoners then from 1934 Gypsies, Jehovah’s Witnesses, homosexuals, the disabled and increasingly Jews. It is believed that 243,000 people died there. There were many other camps across Nazi Europe such as Auschwitz (Poland), opened in 1940, were an estimated 1.1 million people died. Death as a result of extermination (gas chambers), execution, forced labour, starvation, disease and medical experimentation. It is difficult to contemplate such horrific atrocities. We should not forget.

Set in Norway The Courier gives the reader an insight into how Nazi policies impacted on the people of countries which it invaded and highlights, for many, a less well-known story of WWII. It is, perhaps, Major Vidkun Quisling (1887–1945), the Norwegian army officer and diplomat who ruled Norway on behalf of the German occupying forces (1940–45) that most may recognise because of the word quisling, that is: a traitor who collaborates with an enemy force occupying their country.

The book opens with Turid who, when reading her newspaper, sees an item up for auction – an item she believes is hers. Since the auction house refuses to discuss the matter Turid, a retired lawyer, asks an ex colleague to help. We are then transported back to 1942 when a man, Gerhard Falkhum escapes from Norway to Sweden. A member of the resistance Gerhard is accused of murdering his partner Ãse and abandoning his daughter. Did he? Or was this a tactic of the Nazis to discredit the resistance?

We are then moved back and forth between 1942, where we first encountered Gerhard, Ãse and Ester and 1967 where Gerhard calls on Sverre and the story of what happened in 1942 gradually unfolds. Is Gerhard out for some kind of revenge? Or, as he says, does he simply wish to reconnect with is daughter?

We learn Esters story, a character so well drawn it is easy to relate to her, she carries and distributes illegal newspapers around Oslo but the net is tightening around her, has she been betrayed? She must flee or risk capture. Safe in Sweden Ester worries about her family, she saw her father taken, the family business closed and her mother has fled from the family home to stay with her grandma as it and their possessions are taken – for no other reason than that they are Jewish. Will she ever see any of them again?

As events unfold Ester and Sverre become increasingly nervous. Ester believes Sverre is playing a dangerous game. Ester feels that she is in danger, she starts to carry a weapon. Sverres house is broken into, nothing was taken, so why, what is going on?  Gerhards hotel room is ransacked, he is taken in for questioning by the police! Are they all in danger or is one of them the perpetrator? Who killed Ãse? What really happened in 1942? Will the truth come out?

This is not simply an historical murder mystery thriller but a fascinating and thoughtful story brought to life through its three main characters.

Beginning in the present we move seamlessly between that, 1942, 1967 and finally back to the present with an ending that made me, somewhat ruefully, smile.

A moving account of an horrific period in modern history. Kjell ove Dahl brings to life a story which is remarkable, enthralling and captivating. His writing is a deft, well-plotted story, with characters who are so believable – although not all are likeable – and into which you are effortlessly drawn.

Like to read more? Then why not enjoy the rest…. 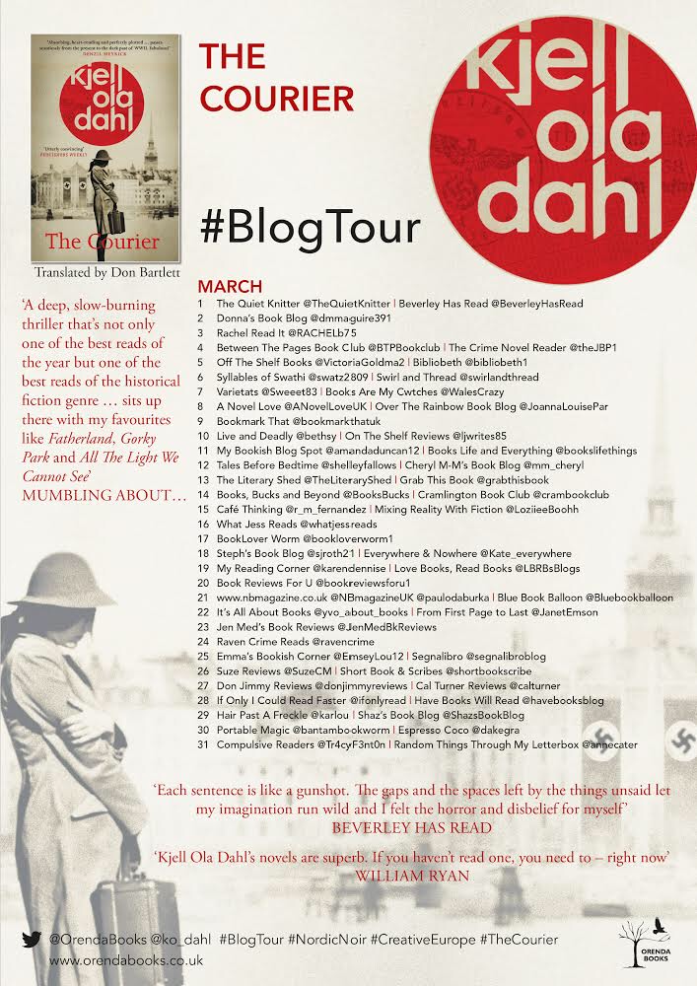 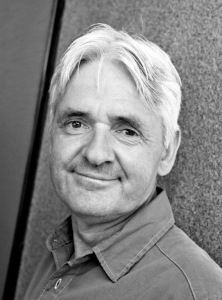 Don Bartlett lives with his family in a village in Norfolk. He completed an MA in Literary Translation at the University of East Anglia in 2000 and has since worked with a wide variety of Danish and Norwegian authors, including Jo Nesbø and Karl Ove Knausgård. He has previously translated The Consorts of Death and Cold Hearts in the Varg Veum series.