Posted on June 28, 2018 by lovebooksreadbooks

Eyes Turned Skywards: A work of fiction, but at its heart is a real-world mystery 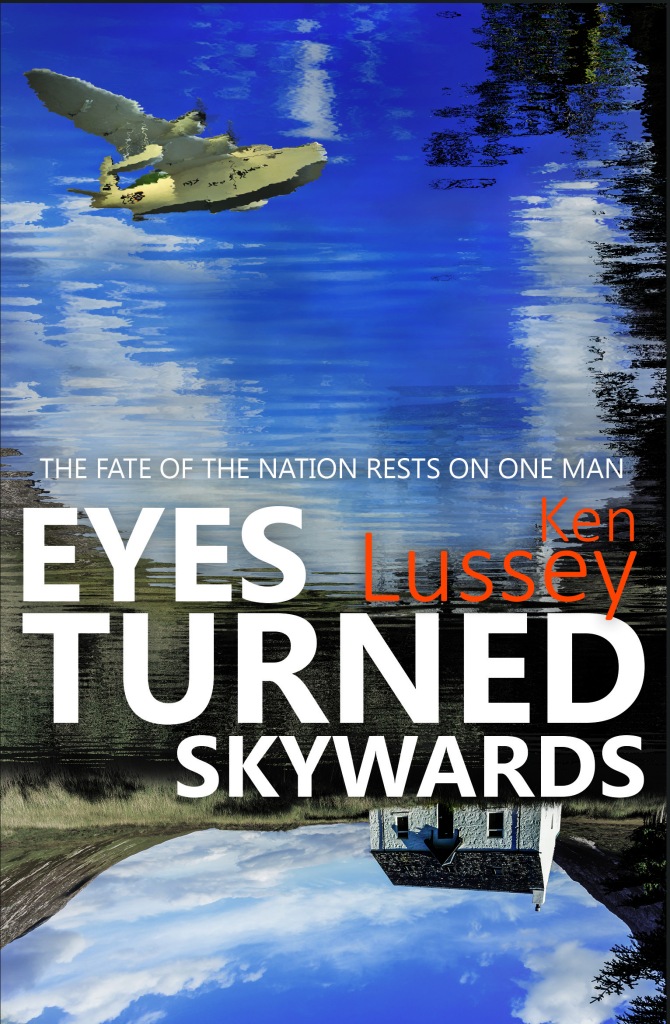 This novel reflects on the rumours and theories surrounding a number of real-life events, including the death of the Duke of Kent and the aircraft crashes of Short Sunderland W4032 and Avro Anson DJ106.

Wing Commander Robert Sutherland has left his days as a pre-war detective far behind him. Or so he thinks. On 25 August 1942 the Duke of Kent, brother of King George VI, is killed in northern Scotland in an unexplained air crash; a second crash soon after suggests a shared, possibly sinister, cause. Bob Sutherland is tasked with visiting the aircraft’s base in Oban and the first crash site in Caithness to gather clues as to who might have had reason to sabotage one, or both, of the aircraft.

Set against the background of a country that is far from united behind Winston Churchill, and the ever-present threat from the enemy, we follow Bob as he unravels layers of deceit and intrigue far beyond anything he expects. 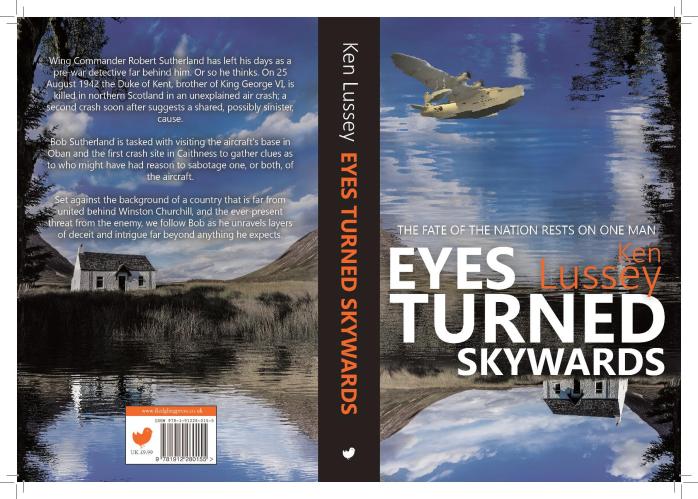 Well folks, I’m delighted that today it’s my turn on the #LoveBooksGroup #BlogTour for Eyes Turned Skywards and thrilled to be hosting the author Ken Lussey.

Ken is writing about one of the central characters of this fascinating book – Vera Duval aka Monique Dubois. Her story, as you will read, is amazing although no more so than the intriguing real-life person she is based on.

So, without further ado, let me hand you over to Ken.

Vera Duval, who is known through much of the book under her cover name of Monique Dubois, is one of the two central characters in Eyes Turned Skywards, alongside Wing Commander Robert Sutherland.

Vera’s story, which she tells Bob while the two are locked up together in a cellar in Caithness, is a remarkable one. She was born in 1912 in Barnaul in Siberia. She never knew her parents, and was adopted by a couple who became her Danish father and her Polish/Ukrainian mother. After the Russian revolution in 1918 the family took their then 5-year-old daughter Vera to Denmark, where they bought a farm. After they moved to Paris in 1924 Vera attended ballet school. She was touring Europe with a ballet company by the time she was sixteen and performing as a cabaret dancer in Paris when she was 17.

In 1930, aged 18, she met and married an exiled White Russian count, who turned out to be a drug dealer who was spying on the communists. She acquired a cocaine habit as a result, and left him after a year, continuing her career as a dancer in Paris. In 1932 she was recruited by the British Secret Intelligence Service, MI6, to keep an eye on both the White Russians and the communists. Then, in 1936, she was (with MI6 approval) recruited into the Abwehr, the German intelligence service, by one of its senior officers, Hans Friedrich von Wedel. She subsequently married him, after her first husband had been shot as a spy in Russia. In 1938 Vera travelled with von Wedel to London to cultivate German sympathisers: while all along reporting back to MI6.

Von Wedel was killed in a car crash in 1940, and Vera was trained by the Germans in Norway to infiltrate Britain as part of the preparations for their planned invasion. On 29 September 1940, after the invasion had already been shelved, she was landed by seaplane with two other agents in the Moray Firth off Port Gordon. All three were quickly arrested. Her two companions were subsequently shot as spies, while Vera transferred from M16 to MI5 under a false identity. It was while working for MI5 that she first met Bob, a year before the events of Eyes Turned Skywards, and she meets Bob again in the book while pursuing another investigation on behalf of the Security Service.

This is all pretty far-fetched stuff, isn’t it? No author in his or her right mind would invent a character like Vera Duval and expect their readers to accept her as credible? Fortunately, I didn’t have to invent her. Vera Duval is a fictitious alias for a real woman. The real Vera Ericksen, or Vera Schalburg, or take your pick from any number of other aliases, had a story that was even more complex and even darker than the one Vera Duval told Bob Sutherland in the book. The real Vera Ericksen disappeared during the war after the two spies she landed with at Port Gordon were tried and executed. It is quite possible she changed identity. Her companions on that mission appear as real people in Eyes Turned Skywards, as do her two ill-fated husbands.

I knew when I stumbled over Vera Ericksen’s story while researching Eyes Turned Skywards that I had to build her into the novel as a central character. I like to think she’s paid me back with interest for doing so, as in my view the story is far more powerful because of her involvement.

To read more about Eyes Turned Skywards then follow the………..

Ken Lussey spent his first 17 years following his family – his father was a Royal Air Force navigator – around the world, a process that involved seven schools and a dozen different postal addresses. He went to Hull University in 1975, spending his time there meeting his wife Maureen, hitch-hiking around Great Britain, and doing just enough actual work to gain a reasonable degree in that most useful of subjects, philosophy. The next step seemed obvious. He researched and wrote A Hitch-Hiker’s Guide to Great Britain, which was published by Penguin Books in 1983.

An inexplicable regression into conformity saw him become a civil servant for the next couple of decades, during which time he fulfilled the long-held ambition of moving to Scotland.

In more recent times he has helped Maureen establish the website Undiscovered Scotland as the ultimate online guide to Scotland. Eyes Turned Skywards is his first novel.