Posted on May 24, 2018 by lovebooksreadbooks 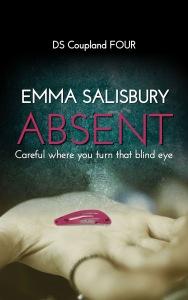 When he stopped a serial killer in his tracks earlier in the year he thought that would be the end of it, but for DS Kevin Coupland his nightmare has just begun.

A child’s body is discovered hidden in a bag, kicking off a major investigation for Salford Precinct’s murder squad. Soon the National Crime Agency roll into town and Coupland is under strict instructions to play nice.

He’s got enough on his plate to worry about politics. A shock discovery in his personal life is starting to take its toll, causing him to make decisions that bring him to the attention of the powers that be for all the wrong reasons.

DS Alex Moreton returns from maternity leave to find her partner deeply troubled, but with a cold case to review she’s in no position to prevent him hitting the self-destruct button.

As he hunts down the child’s killer Coupland is forced to reflect upon his own life and find an answer to the question he’s been avoiding. Is it possible to accept the things you cannot change?

Who killed the child found hidden in a bag? DS Kevin Coupland is on the case.  Kevin is distracted, he is troubled but he is determined to get the killer.

DS Alex Moreton, back from maternity leave and newly promoted, has been given a case review but is concerned about Kevin. Alex pitches in with the investigation, she’s got his backhoping to keep him level-headed and find out what’s going on.

Along the way evidence points to another crime and that brings in the National Crime Agency. The murder investigation is being usurped, side-lined. Will Kevin be able to find a resolution to this and his personal problems?

A well balanced plot – the investigation, the characters, their lives – and it is well paced. The subject matter is quite harrowing but is told with a deft hand. Whilst gritty it is not gory. There is empathy, knowledge and skill in it’s telling. This is a terrific police procedural and well worth a read.

The fourth of the series which, for those who have not met DS Kevin Coupland and DS Alex Moreton before, can be read as a stand-alone. Mind you enjoy this one and you’ll be glad there’s a few more to catch up on.

My thanks to Kelly at Love Books Group Tours for inviting me to take part in the blogtour and to the author for my copy of the book.

Like to read more about Absent by Emma Salisbury? Take a tour of these blog sites…….

Absent is available now and you can Buy: Paperback – Amazon   EBook – Amazon

I write gritty, crime fiction that focuses on the ‘why’dunnit as well as the ‘who’. I worked for a housing association supporting socially excluded men and women with their return into society, which provided me with a lot of inspiration.

Most evenings I can be found walking the family dog on the beach near our home in East Lothian, Scotland.

If you like hard-boiled crime writers Stuart MacBride, Denise Mina AND Ed James then my Scottish crime series is for you.

Like living on the edge? Why not try both…

ONE BAD TURN   is the third in my Salford crime series – No sooner has Detective Sergeant Kevin Coupland stepped off the plane from a family holiday than he gets the call that a woman’s body has been found on a path beside a recreation park in a smart suburb in Salford. Account Manager Sharon Mathers suffered a brutal blow to the head following a night out with friends from work. As the body count rises Coupland makes a startling discovery – the killings are linked to a murder in ’92. Coupland was a probationer back in the nineties – could he be linked in some way to the killer?

A PLACE OF SAFETY  is the second of my Salford crime series and opens with a drive-by shooting that leaves a witness in fear for her life. DS Coupland and Moreton return to investigate what looks like a turf war gone wrong when a local gang does everything it can to cover the killer’s tracks. Why is a young woman who happened to be in the wrong place at the wrong time such a threat to them? Or as Coupland suspects, is there more to their guilt than meets the eye?

FRAGILE CORD  is the first in my Salford Detective series introducing Alex Moreton and Kevin Coupland as they investigate the murder-suicide of a mother and her son. Alex is under pressure from her partner to have another child, but they’re happy as they are, aren’t they? Coupland’s wife is behaving oddly, is he right to be worried?

ABSENT is the fourth in my Salford crime series and is available to buy now.

THE SILENCE BEFORE THE SCREAM
When the daughter of Edinburgh’s most powerful crime lord is kidnapped all hell breaks loose in the city. Determined to find her without the hindrance of the police Gus McEwan summons his most reliable men to track her down. Davy Johnson, still reeling from witnessing an horrific suicide is in no position to refuse. As the violence escalates but no ransom note emerges Davy must convince Edinburgh’s most fearsome gangsters that this isn’t about money or power, but something far more primitive.

TRUTH LIES WAITING, the first in my Scottish crime fiction series introduces anti-hero Davy Johnson as his life is thrown into turmoil when a killer strikes in Edinburgh’s underbelly – framing him in the process. TRUTH LIES WAITING will tackle your perception of good v. evil forever.

Fans of Ed James, Stuart Macbride and Ian Rankin will be gripped by the rollercoaster ride through Edinburgh’s colourful underbelly.

You can find out more on my website www.emmasalisbury.com