A new chilling novel: OUT NOW 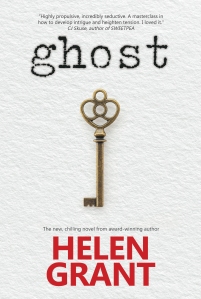 Langlands House is haunted, but not by the ghost you think.

Augusta McAndrew lives on a remote Scottish estate with her grandmother, Rose. For her own safety, she hides from outsiders, as she has done her entire life. Visitors are few and far between – everyone knows that Langlands House is haunted.

One day Rose goes out and never returns, leaving Augusta utterly alone. Then Tom McAllister arrives – good-looking and fascinating, but dangerous. What he has to tell her could tear her whole world apart.

As Tom and Augusta become ever closer, they must face the question: is love enough to overcome the ghosts of the past?

In the end, Langlands House and its inhabitants hold more secrets than they did in the beginning…

Augusta has lived with her grandma, Rose, in Langlands House for as long as she can remember kept hidden from visitors in this secluded and remote Scottish estate. When Rose does not return from a shopping trip Augusta worries but is unsure what to do.

Then Tom turns up, we know he has been to the house before, and she learns what has happened to Rose. Tom and Augusta become close and begin to look into what has happened at Langlands House but as they dig deeper Augusta’s world is shaken and it leads to a shocking and devastating conclusion.

This is quite an unusual book, not really what I expected, still it’s a fascinating, atmospheric and captivating read. Helen Grant gives us a great sense of the house, its surroundings and life at Langlands. As she does the relationship between Augusta and her Grandmother which is so central to what has happened and why Augusta behaves as she does. This strange story will appeal to many readers especially those who enjoy gothic stories and mysteries.

With thanks to Kelly, from Love Books Group, who kindly included me in this fascinating blog tour of which it has been a delight to be a part. 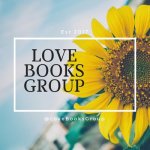 Would you like to read more about GHOST? Then check out the rest:-

Helen Grant was born in London. She read Classics at St.Hugh’s College, Oxford, and then worked in Marketing for ten years in order to fund her love of travelling. In 2001 she and her family moved to Bad Münstereifel in Germany, and it was exploring the legends of this beautiful town that inspired her to write her first novel. She then moved to Brussels for three years, and now lives in Scotland with her husband, two children and two cats.

Helen’s new book GHOST will be published in February 2018 by Fledgling Press. It is the first of her novels to be set in Scotland.

In addition to her novels, Helen writes ghost stories. A collection of some of these, The Sea Change & Other Stories, was published by Swan River Press, and others appear in Supernatural Tales.