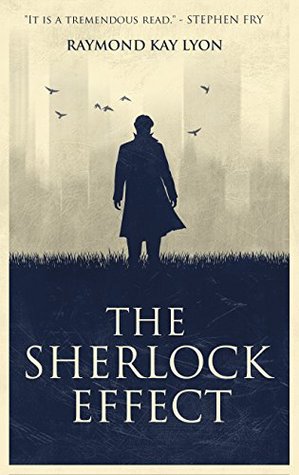 Christopher Sherlock Webster always blamed his Holmes-obsessed father for burdening him with an embarrassing middle name. He spent his school days desperately trying to live it down.

But after his old man prematurely dies, Christopher finds that he has somehow inherited the very same obsession…

Teaming up with Mo Rennie, a marketing-conscious pal, he starts up an agency called Baskerville’s, which specialises in the application of rigorous Holmesian method.

Here are five bizarre adventures from the files – a sumptuous feast upon which the gastronome of crime may gorge.

– A young beautician is stalked by a haunting stranger through the narrow streets of Cambridge. Yet he possesses love letters from the girl, ostensibly in her handwriting. How come?

– A science journalist disappears while investigating UFO sightings in Wiltshire. But is the explanation earthly or supernatural?

– When a pornographer receives death threats online he arranges protection 24/7. Will it work?

– A pop diva’s boyfriend is kidnapped twice by animal rights extremists. Should the ransom be paid again?

– Everything in the garden seems rosy when a millionaire widower meets Miss Perfect through a dating agency. But the lady soon starts to behave oddly. Should the wedding plans be shelved?

We are then treated to five stories, or files, each one tells of Christopher and Mo’s adventures into the world of private investigation. The stories are terrific, a bit quirky as you would expect from the Holmesian style, and each builds on the other with regard to the character and relationship of Christopher and Mo.

The tales and characters are delightful and well written. They evoke Sherlock Holmes, and Dr Watson, whilst being given a modern setting. Enjoyable and well worth a read.

With thanks to Thistle Publishing for this eARC via NetGalley in return for an honest review.

Author: Raymond Kay Lyon won several literary prizes at the Cambridge Grammar School. He went on to create a theory of time, based on its complete non-existence, which gained him an unconditional offer to study Philosophy at University College London.
After being signed by several record labels as a singer/songwriter in his twenties he finally abandoned music to write The Sherlock Effect, having lived for a year on Baker Street to give himself inspiration.
A keen Ufologist, Raymond appeared on television in the 1970s, while still at school, commenting on the flood of UFO reports in the Cambridge area, and outlining the theory that the Bible had extraterrestrial origins.