10 Books of Summer: Go Set a Watchman by Harper Lee

Posted on September 28, 2017 by lovebooksreadbooks

Maycomb, Alabama. Twenty-six-year-old Jean Louise Finch – ‘Scout’ – returns home from New York City to visit her ageing father, Atticus. Set against the backdrop of the civil rights tensions and political turmoil that were transforming the South, Jean Louise’s homecoming turns bittersweet when she learns disturbing truths about her close-knit family, the town and the people dearest to her. Memories from her childhood flood back, and her values and assumptions are thrown into doubt. Featuring many of the iconic characters from To Kill a Mockingbird, Go Set a Watchman perfectly captures a young woman, and a world, in painful yet necessary transition out of the illusions of the past – a journey that can be guided only by one’s own conscience.

Written in the mid-1950s, Go Set a Watchman imparts a fuller, richer understanding and appreciation of Harper Lee. Here is an unforgettable novel of wisdom, humanity, passion, humour and effortless precision – a profoundly affecting work of art that is both wonderfully evocative of another era and relevant to our own times. It not only confirms the enduring brilliance of To Kill a Mockingbird, but also serves as its essential companion, adding depth, context and new meaning to a classic.

From the outset you know that Scout has grown up and become the feisty young women, now called by her given name Jean-Louise, you hoped she would when reading To Kill a Mockingbird and yet she is, despite now living in New York, a somewhat naive young women. So when she has returned home for her annual two week holiday to visit with her father Atticus, she is sent into turmoil over his apparent racist sympathies, added to which her ‘boyfriend’ Henry – Hank – appears to agree, when she sees them both at a town hall meeting being addressed by Grady O’Hanlon.

This book, written in 1950s, is of it’s time. The views seemingly held by Atticus and Hank would be quite accurate given the place and time. It is Jean-Louise’s reaction to this because it alters her thoughts, what she felt was true and feelings towards Atticus and, to some extent, Hank.  Feeing at a loss, unable to make sense of what appears to be the opposite of all she held to be true, of what Atticus had taught her and Jem. She turns to Uncle Jack, Atticus’ brother, to try and understand.

The movement towards making black people equal under the law and the response of the white population, especially in the southern states, who desperately wanted to hold onto the status quo is highlighted in the book. Jean-Louise, a character we loved in To Kill A Mockingbird, represents the need for indeed the acceptance of change. Atticus, those whites actually living in the South wanting to hold onto what they know, to their power – or at least worried about the shift towards black power. Today we see that this balance of power, the ability to accept our neighbours whatever their colour or creed equally has still not been resolved. There is a part of the human race, a part of human nature that needs to have power, to subjugate others is rife all over the world whether on a large or small scale whether whether because of race, creed, colour or other difference. It is this that makes Go Set a Watchman still relevant today.

Go Set a Watchman was written prior to To Kill a Mockingbird but is set after. It is not  as good, as accessible a story but it is interesting and Harper Lee does put you in time and place beautifully.  She draws the characters well, as you might expect, but they do not feel as endearing in this book. It may not be right to compare these books because, of course, they are different but it seems impossible not to. That said without Go Set a Watchman we would not have got To Kill a Mockingbird and that would have been a real loss to my reading history and, I’m sure, many others.

Harper Lee was born in 1926 in Monroeville, Alabama. She attended Huntingdon College and studied law at the University of Alabama. She is the author of the acclaimed To Kill a Mockingbird, and was awarded the Pulitzer Prize, the Presidential Medal of Freedom and numerous other literary awards and honours. She died on 19 February 2016. 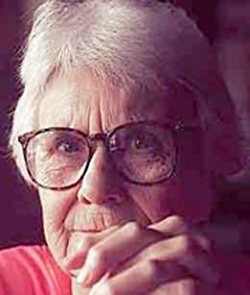 ← 10 Reads of Summer: The Wire in the Blood by Val McDermid
10 Books of Summer 2017: A Great Reckoning by Louise Penny →